To the casual observer of heavy metal music, Iron Maiden is a niche band popular with a certain type of nostalgic fan. To Ryan Holiday, the British ensemble isn’t a caricature of the 1980s; it’s a stellar example of how creative types can build lasting success in an unforgiving industry.

You won’t hear Iron Maiden’s music on the radio, but that hasn’t stopped the group from selling tens of millions of albums and performing thousands of concerts during its four-decade history.

In other words, Iron Maiden is exactly the type of creative venture Holiday refers to in the title of his book Perennial Seller: The Art of Making and Marketing Work That Lasts.

Holiday, a former marketing director of American Apparel, is a finalist for getAbstract’s International Book Award. He spoke to getAbstract about this work.

getAbstract: In describing perennial sellers, you site examples of cultural milestones such as Star Wars, the iPhone and To Kill a Mockingbird— measuring sticks that might seem unrealistic for many struggling artists and inventors. Is there room for a creative type to produce a product that’s a perennial seller on a smaller scale?

Holiday: Of course. In publishing, titles become “backlist” after one year. In music, an album is considered “catalog” after 18 months. The sad truth is that most work never even makes it to that milestone. Books come out in hardcover and never make it to paperback. Movies are dead on arrival after opening weekend. It’s terribly sad. There is this immense bias toward doing well at release, but little in the way of a plan for an afterlife. What I was trying to do in the book is just encourage people to think a little bit longer, to push themselves to make something that outlasts the average. It’s so hard to make art; to make art that has an unnecessary expiration date is tragic to me.

getAbstract: How have the fragmentation of the media market and the rise of the Internet affected creators’ ability to produce perennial sellers?

Holiday: If anything, it has helped. While it might be harder to achieve overwhelming cultural ubiquity, it’s easier than ever to reach your audience and to keep reaching them. If my books were dependent on being stocked at retail to survive, I’d have sold fewer copies, or perhaps seen my career stall out. The ability for the Internet to function as an unlimited backlist — where nothing goes out of print and everything can be purchased — is a huge advantage. Would Iron Maiden still be touring without the ability of multiple generations of fans to have discovered their music on the Internet? I don’t think so. The Internet has allowed great work to always be available and to endure fads and trends and sales cycles. To me, there has never been a greater time to make work that is perennial and evergreen.

getAbstract: What’s the most common mistake that product developers make?

Holiday: Creators set their sights too low. They set out not to make something great but something like whatever is popular around them. A book about tidying up is popular so people copy it. A book with f*ck in the title is popular so people copy it. But when those works were created, they weren’t copies–they were original. Robert Greene told me that the first job of a creator is to set out to create a classic. He didn’t say a copy. He didn’t say a middle-of-the-road, serviceable product. He said something ambitious, great, new, powerful. That’s important. Like I said, it’s hard to make art, period. So if you’re going to do the work, do the work.

getAbstract: What was the biggest surprise you found as you wrote this book?

Holiday: I brought up Iron Maiden earlier. I loved finding out that Lady Gaga says she doesn’t want to be the next Madonna, she wants to be the next Iron Maiden. By that she means timeless, apart, special, the head of an army of loyal fans across the world. That’s not easy to do, of course. You know, studying just how hard creating a classic can be was surprising, too. George Lucas was literally tearing his own hair out making Star Wars. Warren Beatty described making movies as throwing up — painful and to be avoided. George Orwell said that writing a book was like a bout with a long illness. Elon Musk said that starting a company was comparable to eating glass. It’s hard, but hopefully it’s worth it. And again, if you’re going to do it, at least do it in a way that you can enjoy the spoils for years to come.

getAbstract: Are you working on another book? What’s the topic?

Holiday: Always, always. One of the best ways to create work that endures is to take as many at bats as you can. It increases your odds of a home run, first off. Second, it breathes new life and attracts new people to your earlier works. My next book will be a sequel to Ego is the Enemy and The Obstacle is the Way.

For more about marketing and innovation, visit getAbstract’s library of summaries. 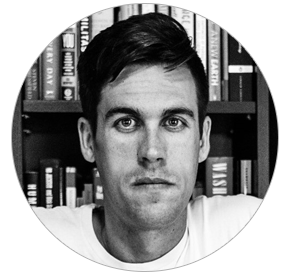 Ryan Holiday is the bestselling author of Trust Me, I’m Lying, The Obstacle is the Way, Ego is the Enemy, Conspiracy and other books about marketing, culture and the human condition. His work has been translated into over 30 languages and has appeared everywhere from the New York Times to Fast Company. His company, Brass Check, has advised companies such as Google, TASER, and Complex, as well as multiplatinum musicians and some of the biggest authors in the world. He lives in Austin, Texas.

Anger, misdirected, can wreak all kinds of havoc on others and ourselves. It also primes a person for misinformation. Here is how to lower the temperature.

The question of the vaccination status of colleagues receives ever greater attention and importance. How do companies deal with the new situation?

Patagonia’s founder Yvon Chouinard led his company down the road less traveled and became a model for businesses to do well while doing good.