During the postseason, players aren’t asked to perform any differently than they have hundreds or thousands of times before, but the pressure-packed atmosphere causes some to flourish whilst others to wilt.

“It’s reality TV,” Peterson says. “In the corporate world, you don’t get to see how people handle pressure behind the scenes.”

Peterson spoke to getAbstract about his coaching philosophy.

getAbstract: What’s the single most important takeaway you hope readers get from the book?

Peterson: Everybody in life deals with some kind of pressure on a daily basis. In that moment of fear, worry and doubt, in that moment of fight or freeze, everybody has the same reaction. The part of the brain called the amygdala is triggered, and you get that shot of cortisol. Your mouth goes dry, and your heart starts to pound. They call it the caveman response because that’s what it is. Whether you’re a doctor or a lawyer or a manager, we all react the same way. Then the key is, do you have the ability to push the pause button and say, ‘Wait a minute. What’s my opportunity here?” Once you reframe it, you can say, “I can do this.”

getAbstract: How do you reframe a pressure moment?

Peterson: We tell the story in the book about Tom Watson, the founder of IBM. During one of his sales cycles, somebody made a mistake and lost a $10 million deal. Watson called the subordinate into his office, and the offender said, “I suppose you want my resignation.” Watson said, “Are you kidding me? We just spent $10 million educating you.” He reframed the mistake into an opportunity. He knew his subordinate would never make that mistake again.

getAbstract: Everyone loves the famous story about Michael Phelps’ coach sabotaging his goggles in practices and minor competitions to prepare him for a malfunction at the Olympics. What are some ways that a desk jockey or a manager could apply that approach to a business career?

Peterson: Being overprepared really helps you deal with pressure. Whether it’s Michael Phelps or the Navy SEALs, the point is that you’ve gone through all these things already. Most people never go through the extremes of what major athletes go through, and that’s why people love sports. When you really understand how powerful your mind is, you understand that your mind is your master, and your body is your servant. I’m not going to diminish talent, but when you look at the great stars, they achieved what they achieved because of their minds. We obviously have to keep our bodies in shape and focus on nutrition. But the real joy in life is to train your mind.

getAbstract: You describe the advice you gave the Oakland A’s pitchers before the 2001 American League Championship Series. The A’s lost to the Yankees in a close series. Does that outcome undermine any of the concepts in Crunch Time?

Peterson: No, not at all. You look at (former Atlanta Braves manager) Bobby Cox – he won the division 14 years in a row, but he only won one World Series. It’s so fricking hard to win. To get to the postseason, that’s the hardest thing of all. Once you’re in the postseason, if just one pitch goes differently in each game, it could change the whole outcome. It always comes down to one game, and coming into that game, you’re trying to make it as normal as possible – to make it feel just like spring training or like a regular game. We’re trying to make it mundane and focus on the process. You just focus on hitting the glove. “Hit the glove” is a universal theme that transcends every business. When you look at great moments, the task is pretty mundane. Greatness isn’t really about doing something extraordinary. It’s about doing the ordinary things great. (Former New York Yankees shortstop) Derek Jeter made a backhand play against us that’s considered one of the great defensive plays of all time in the playoffs, and it wasn’t really anything extraordinary. He lined up normally, and he made the same play he’d made a thousand times.

getAbstract: Are you working on another book?

Peterson: No. Writing a book was outside the box for me. I’m doing keynote speaking and corporate training. I’m trying to make the point that by training your mind, you remove the drama and you see things as they actually are. 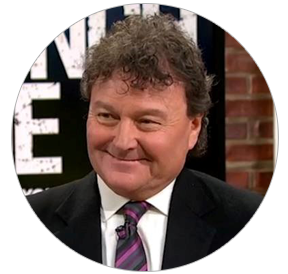 Rick Peterson, longtime Major League Baseball Pitching Coach for the Oakland A’s (during the Moneyball Era), the New York Mets, Milwaukee Brewers, Baltimore Orioles and other teams is a sought after keynote speaker and author. Rick regularly shares the stage with executives, sports icons and business leaders. He advises organizations on how world-class teams beat the competition, creating the mind of a champion, how to be resilient in the face of adversity, and performing your best under pressure.

Through his years of coaching elite athletes, he has coached many sports icons including Hall of Famers, All Stars, and Cy Young Award Winners.

Rick frequently appears on US national radio and television shows—ESPN, Bloomberg TV, MLB Network, Fox Business, Wharton Moneyball—to share his exper- tise. Rick also had the privilege of being the Technical Director of the first version of the Moneyball movie (Steven Soderbergh Edition). Based on the bestselling book by Michael Lewis and Academy Award winning film with Brad Pitt. 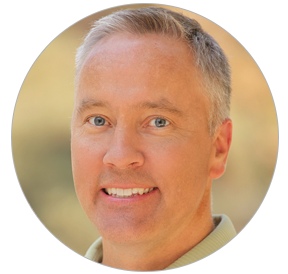 Judd Hoekstra is a leadership and human performance expert, sales executive, bestselling author and speaker. He serves as a Vice President with The Ken Blanchard Companies, a premier leadership training and coaching company. He is also a coauthor of the bestselling Leading at a Higher Level as well as Who Killed Change? He earned his bachelor’s from Cornell University, where he played hockey and baseball. He also graduated from the Kellogg School of Management. Judd can be reached at judd@juddhoekstra.com or www.juddhoekstra.com.

Anger, misdirected, can wreak all kinds of havoc on others and ourselves. It also primes a person for misinformation. Here is how to lower the temperature.

The question of the vaccination status of colleagues receives ever greater attention and importance. How do companies deal with the new situation?

Patagonia’s founder Yvon Chouinard led his company down the road less traveled and became a model for businesses to do well while doing good.